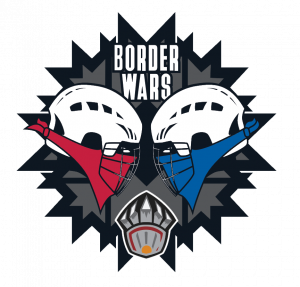 Welcome to the Border Wars box tournament! Founded in 2016 we are the OG of Midwest Senior Box Tourneys. This tourney started in Indianapolis in Historic Irvington at the Ellenberger Ice rink in January of 2016 and now finds Cincinnati it's home.

Registration by Invitation OnlyLearn More
Thanks to all and congrats to the Flying Pigs for taking home the Hardware! Click for Tourney Pictures.

Welcome to the Border Wars box tournament!  This box tourney started in Historic Irvington at the Ellenberger Ice rink aka “The Barn” in January of 2016.  The Barn was an old ice rink that was used by the Indianapolis Checkers, who have since relocated to Colorado.  While in Indy the Checkers were part of the New York Islanders during their Stanley Cup dynasty.   Now new dynasties are being formed and toppled in the Border Wars!